The History of the Richmond Oktoberfest!

The Richmond Oktoberfest was started in 1969 by two ethnic German clubs, the “Gesangverein Virginia” and the “Deutscher Sportclub” of Richmond.  After some years, the two clubs incorporated the Richmond Oktoberfest as a non-profit corporation under the laws of the Commonwealth of Virginia.  The Presidents of the two clubs appointed seven members each to form a Board of Directors. Each year the Board members select a President, Vice President, Secretary and Treasurer from its ranks.

“Gesangverein Virginia” means “Singing Association of Virginia”.  The Gesangverein began in 1852 when German immigrant men living in Richmond decided to get together to sing the songs of their homeland.  Today, it is a German social club dedicated to the preservation of German traditions and language in the Richmond metro area.  Not only does the club help put on the Richmond Oktoberfest, but it also uses proceeds from the Oktoberfest to give scholarships to college students in the Richmond area studying German language and literature.

The “Deutscher Sportclub” started in 1960 as a soccer team with members who came from Germany to work in Richmond for German companies such as Hauni and Inta Roda.  Over the years, the soccer team transitioned from a men’s soccer team to a social club for both men and women, who gather to celebrate a variety of German festivals such as two Karneval parties.  Karneval (also called “Fasching” in some parts of Germany, “Carneval” in Rio and in Florence, or “Mardi Gras” in New Orleans) has a long tradition.  The first of these Karneval events is the Kappenfest, which we celebrate after the eleventh day of the eleventh month, when the Karneval season starts in Cologne.  The Karneval Ball is usually celebrated on the weekend prior to Ash Wednesday.  Other events are the Sommernachtsfest (Mid- Summer Night Festival), the annual German Style Christmas Party, and other parties and picnics.  Like the Gesangverein, the Deutscher Sportclub also uses Oktoberfest proceeds to give scholarships to college students doing German studies.

The idea to have an Oktoberfest in Richmond occurred to Mr. Edwin Lohmann after he attended the Munich Oktoberfest in Germany in 1965.  Ed had already become aware of the popularity of this festival among American GI’s when he was stationed in Bavaria (8 years prior to 1965), but the Army would not grant him leave to attend during those years of military service.

In 1968, a planning meeting was held with GV President Ed Lohmann, GV Vice-President Frederic (Fritz) Schwenk, DSC President Adolph Naujokat, and past DSC President Erich Albus in attendance.  These gentlemen and some cohorts from the two clubs met at the Gesangverein meeting place, the old Virginia Inn on North Chamberlayne Avenue, where they formed a committee that worked out the details for the first Richmond Oktoberfest.

From the beginning the committee decided that the Fest should be an authentic German style festival filled with good German entertainment that would result in what the Germans call “Gemütlichkeit” (cozy, homelike, informal, and good natured) fun.

So, in 1969, the first Oktoberfest of Richmond was held at the old Holiday Inn (The Abbey) on Robin Hood Road.  Ed, Fritz, Adolph, and Erich secured the financing for this event from the two German Clubs.  Fritz Schwenk had an Oktoberfest banner made for use at the 1969 Oktoberfest, which was designed by Adolf Naujokat.  The beer served was Richbrau, which was then brewed in Richmond.

The 1969 Fest exceeded all expectations with almost 500 people in attendance.  A Richmond Oktoberfest beer stein was designed and beer steins were given to all paying attendees. The tradition to have a souvenir beer stein continues to this day. There was no date on the first stein nor did it say “1st Richmond Oktoberfest”, because no one knew at that time that the event would continue in future years.

In 1970 the Oktoberfest moved to “The Arena”, which was located on Hermitage Road where the Diamond Complex and the Arthur Ashe Center are now located.  In his later years, Ed Lohmann recalled that the tradition of holding the Oktoberfest on the third weekend in October arose because it was so hot inside the Arena, that it was necessary to hold it in cooler weather and to throw open all the doors for ventilation.  The Oktoberfest was held at the Arena for 10 years and in 1975 it became a two-night event (Friday and Saturday).

Because of increasing popularity and larger attendance, the Oktoberfest was moved to the Exhibition Hall at the Virginia State Fairgrounds at Strawberry Hill in 1980.  In 1999 the Oktoberfest was moved to the Showplace on Mechanicsville Turnpike, because the Fairgrounds were in the process of being bought by the NASCAR organization to be turned into the Richmond Raceway Complex. Because of this, rental agreements could not be firmed up.

Now after more than 50 years, the Oktoberfest of Richmond has grown from the 500 people in 1969 to about 4000 people over two nights.  Some things are different, but many things remain the same.  For example, a Richmond Oktoberfest beer stein has been designed and produced each year since the beginning, but in about 2010, the rising cost of the steins made it necessary to sell the steins, instead of giving them to each paying guest.  These beer steins, designed in Richmond, but made in Germany, have become collector’s items in many homes.

The Oktoberfest banner designed by Adolf Naujokat, which Fritz Schwenk had made for the first Oktoberfest, is still used today as part of the elaborate decorations which adorn the hall.  Additional banners were made for the 25th and 35th Anniversaries of the Oktoberfest.  In 2018, for the 50th Anniversary, a traditional German style banner, known as a “Standarte” was designed by Hans Stienen and Russ Boraas, and leads the opening parade at every Oktoberfest.

It is of a traditional type carried in parades by many clubs and civic organizations throughout Germany. This banner features the new official emblem, which was also designed for the 50th Anniversary.

Another element of the Richmond Oktoberfest that has carried on since the beginning is the emphasis on German style entertainment.  The primary emphasis is on high quality bands, which not only play traditional German Oktoberfest music and sing in German, but that can also play a variety of party music which helps to create great crowd participation.

Unfortunately, all members of the original Oktoberfest Committee, except Ursula Sorensen (the only lady on the Board, have passed away.  While Ursula have long since retired from organizing the Oktoberfest, both still are volunteer workers who help put on the Oktoberfest.

A great honor was bestowed on three of the founders of the Richmond Oktoberfest.  In recognition of their work to promote German culture and foster good relations between the United States and Germany through their work with the Oktoberfest, the Federal Republic of Germany awarded Ed Lohmann, Fritz Schwenk, and Erich Albus the “Bundesverdienstkreuz” (“Federal Cross of Merit”), a high civilian honor.

Now after more than fifty years, the Board of Directors of the Richmond Oktoberfest promises to continue  providing the citizens of the greater Richmond area with an “authentic” annual German Oktoberfest.  May it endure for another fifty years.

If you have questions or suggestions about the Richmond Oktoberfest, please contact one of the following:

Need Lodging to attend the Oktoberfest? 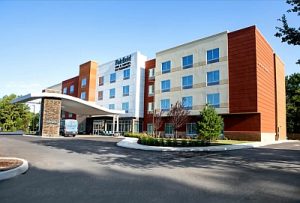 Click here to view the Events page of the Deutscher Sport Club, Richmond